This is a private table. Please request an invite from the host.

If you've received an invite, it will be linked to the email address the invite was sent to. Please make sure you click through from your invite or that the email address on your TableCrowd account matches. Any problems, you can each us at hello@tablecrowd.com.

We’ll enjoy dinner, drinks & a chance to meet fellow entrepreneurs, followed by an after-dinner talk and informal Q&A with Kimberly Hurd and David Tabizel of The Food Corporation.

Kimberly was responsible for the highly successful introduction of Zomato into the UK (which hit over 4 million visits/month in the UK on her watch) and she's now CEO of Tabl, one of The Food Corporation’s brands, as well as heading up The Food Corporation itself.

David has is an experienced entrepreneur who has co-founded and exited over 25 companies, three at $1 billion or more.

The Food Corporation, founded by David Tabizel, focusses on either partnering to fund or directly developing disruptive businesses in food media and technology.

It's a real treat to welcome Kimberly our tables. Over dinners, she'll be sharing valuable insights about succeeding in foodtech, with plenty of time for questions.

Proud to partner with Wellers.

P.S. TableCrowd are offering complimentary cab rides home (£15) thanks to their partner, Gett! on first download of the app. Details on the night.

Kimberly has over 10 years’ experience in growth strategy and market development starting her career in financial services, transitioning to advising start-ups, joining Zomato, and now leading The Food Corporation and Tabl.

Tabl connects hosts and unused space to create inspiring and unique supper clubs and pop ups in London and Brighton. The Food Corporation, founded by David Tabizel, focusses on either partnering to fund or directly developing disruptive businesses in food media and technology.

At Zomato, Kimberly first helped launch Zomato in the UK and then drive Zomato’s global growth based in Delhi - seeing Zomato reach over 4 million visits/month in the UK and more than double in size and valuation globally.

She has a MBA from London Business School with concentrations in Marketing, Strategy and Entrepreneurship. Kimberly loves exploring - travelling (over 45 countries to date), diving, surfing and has worked in too many kitchens to count.

David Tabizel has been active for many years as an analyst and a creator and developer of businesses in the finance, media and technology sectors. He has the unique distinction of reputedly being the only British entrepreneur to conceive and co-found three UK companies that have achieved peak market capitalisations of over $1 billion.

In 1991 David jointly founded Durlacher plc, a technology specialist investment bank that achieved a market capitalisation in excess of $3 billion. Initially chief executive, David went on to head up the research division and was responsible for initiating many of Durlacher's largest corporate finance transactions between 1991 and 2000.

In 1995, with Mike Lynch, he co-founded & financed Autonomy Corporation. The company subsequently became a global leader in knowledge management technology and initiated a series of major acquisitions that has driven it to its current position in the FTSE-100 with a market capitalisation ofapproximately $10.5 billion.

In the 1990s David also co-founded 365 Corporation plc, an online publisher taken from start up to flotation in 2 years, achieving a peak stock market valuation of approximately $1 billion. 365 Corporation was a pioneer of digital publishing, creating a number of sports websites including Football365. Following a de-merger, 365 Media was sold to BSkyB PLC for approximately $150m.

Between 1993 and 2005, David either helped develop or jointly founded a host of other media and technology companies. These include Rage Software PLC (a computer games company that achieved a peak stock market value of approximately $300 million); Bladonmore (a training and publishing company), Metrodome Films plc (a film production company); Laughing Stock (a comedy record label). In addition, with John Revell, he jointly conceived the takeover of Virgin Radio by Chris Evans's Ginger Productions. He also founded of Videojug, the leading video-on-demand learning channel.

David is credited with writing one of the first published reports on the potential of the Internet (1993). He has also authored works on video/computer games, artificial intelligence, video on demand & broadcasting convergence and has consulted to a number of multinational companies and governments world-wide.

"His anonymity is in inverse proportion to his enormous influence as an e-trailblazer" (Sunday Telegraph). David is based in Continental Europe and spends a good deal of his time consulting to businesses on the West Coast of the USA.

David is expert in identifying disruptive business models in media and technology, he has in-depth knowledge of all forms of content development and production, eCommerce, digital games and corporate finance. David works in Europe and the USA.

Please update your dietary requirements in your profile if you are vegetarian, vegan or have any allergies.

This dinner is hosted by one of TableCrowd's wonderful hosts. Claire will be looking after you on the night.

For any advance questions about this dinner, it is best to reach us at hello@tablecrowd.com. 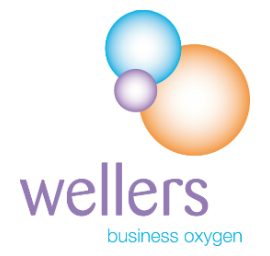 Close Let me in!